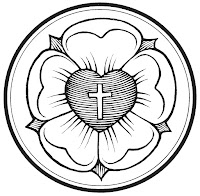 RIGHT-CLICK HERE to save the sermon audio.

“The Word of the Lord endures forever.” The prophet Isaiah wrote those words, and Peter repeated them in his first epistle. It only makes sense that this Old Testament truth would be repeated in the New Testament. The eternal faithfulness of God’s Word is the center of the Gospel. Almost from the very beginning, mere moments after Adam tasted the forbidden fruit, God promised His fallen children that He would send a Savior. And in the fullness of time—certainly not in the impatience of Eve’s time, who thought her son Cain was the promised Seed—in God’s perfect time, the Father sent His Son to crush Satan under His feet. Two millennia later, we gather in this place to rejoice in the fulfillment of that promise for us. We rejoice to receive the Spirit-inspired eyewitness accounts of Moses, the prophets, the evangelists, and the apostles, because “the Word of the Lord endures forever.”

The world and even some within the Church rail against that saying. Jesus tells His hearers, “The truth shall make you free.” But just as Satan deceived Eve into believing that she and Adam would not die if they ate the fruit, the world would have you believe that our God surely could not have meant that abortion is sinful. Certainly God wouldn’t say that it is sinful to give in to the lusts of the flesh. Certainly God would say that one may rob from the rich if one then gives to the poor. At best, condemnations God speaks against sin are considered to be the errors of translation; more often, they are considered the women-hating and bigoted ramblings of the patriarchy disguised as God’s Word; most often, they are considered lies. Even within the Visible Church on earth, some have set aside the Word of God in favor of whatever the world views as loving. They have willingly chained themselves as slaves of sin. They cannot free themselves, and they don’t desire their freedom; they are proud of their chains.

The work of the Church today is to continue to abide in the Word of God. We must cling to it, even if it costs us our lives! Just this week, a Swiss missionary in Africa named Beatrice Stockli was shot to death after four years as a prisoner of Islamic extremists. That’s always a possibility for those who abide in the Word of God. But even in four years as a prisoner of Islam, this woman had her freedom in the Word of God. Not even the prospect of a martyr’s death could force her to abandon the Word of God. She was faithful unto death; the crown of life is her eternal reward. Sin cannot hold her. Death cannot touch her. She will awaken on the Last Day to be welcomed with all the faithful into the eternal Marriage Feast of Christ and His Bride, the Church.

And that promise is for you, as well. Nothing in this life can steal that promise, that crown, from you. The coronavirus cannot touch it, nor can any illness of body or mind. That promise is not affected by who wins the presidential election or which party holds a majority in Congress or the Supreme Court. Not even death can pry it from your hands. That Word of God, that eternal promise, belongs to you; it is your birthright in the waters of Holy Baptism. The truth has set you free. Nothing in all creation can change that, for the truth will endure for far longer than this world will last. “The Word of the Lord endures forever.” In the name of the Father and of the Son (+) and of the Holy Spirit. Amen.