HYMN: From Ramah We Have Heard Them 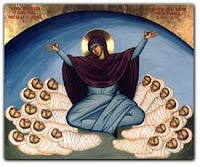 I wrote this text as a sort of lyrical exercise, to see if I could set a particular Biblical text into a metered form and make it come out. The text was Jeremiah 31, and I took excerpts--vv.15-22 and vv.31-34--and fit them together into the following text.

This hymn will most likely never make it into the rotation of hymns I'd select for my congregation, but I'll admit that I'm pleased with the growth it exhibits in my writing.

Any feedback would be appreciated.


From Ramah We Have Heard Them

1. From Ramah we have heard them:
Laments and bitter grief.
Dear Rachel for her children
Weeps tears without relief.
Fair Rachel, grieving spurn.
Behold, the Lord has spoken.
Your mourning now is broken.
Your children shall return.

2. Refrain your voice from weeping.
Your comfort now is near.
The Lord your hope is keeping--
A future without fear.
The children shall come home,
Returning from oppression.
With Ephraim make confession:
"My sins You have made known."

3. Lord, I have been unruly,
And You have reined me in.
You have restored me truly--
Absolved me of my sin.
O Israel, return;
O, how long will you wander?
Set up your signs and ponder
The road that you must learn.

4. Her signs the road has taught her:
Turn back, O virgin mild.
Return, O wayward daughter,
For you shall bear the Child.
Lord, call Your children home.
Bring us to true repentance.
Commute our dread death sentence
Until that day You come.

5. "Behold, the days are nearing--"
Thus says the mighty Lord--
"When with all those now fearing
And trusting in My Word
I will a cov'nant make
With all my chosen children,
To take their hand and lead them.
Their sins I will forsake."

A number of my friends and fellow bloggers (like Rick Stuckwisch and Chris Esget) have put together lists of their most influential music albums.  Thinking about the role which music has played in my life, I decided to put together my own list.  Obviously it won't be a comprehensive list--after all, I own over a thousand CDs, and all of them have influenced me in some way.  These are the ones that left the greatest impression, that reached me at a certain point in time and made an impact.

I doubt I could rank them from highest to lowest, looking back over the past 35 years.  Time magnifies some things and desensitizes others.  So what I've done is list them chronologically according to when the album as a whole made its initial impact on me.  That means some of the albums might be dated differently than the year they were originally released.  (Since some of these albums are from before I was born, that should be obvious.)  The chronology might be different if I went by when a certain song from the album influenced me, but that's not what I'm going for right now.

By the way, you'll notice a few "Greatest Hits" collections on here.  That's because those albums are how I first encountered the artist's work as a collection.  (For example, I encountered "Rock N Soul Pt. 1" by Hall & Oates long before I ever bought a studio album of theirs.) 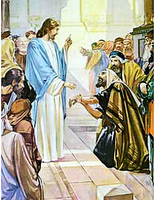 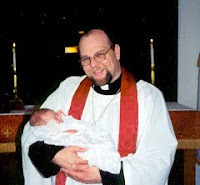 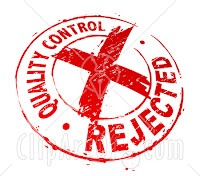 
You've heard this story before. Five years ago today, I was attending the Ohio District Pastors' Conference. I like to be a good citizen when I can, and that means going to these things when you don't have a good excuse not to go. Anyway, the conference wasn't too bad--though if I'd have had to listen to then-President Kieschnick say "incessant internal purification" one more time, I might have bludgeoned myself with my own computer. But then, at the very end of the conference, then-President Bergen of the Ohio District took me aside and said to me, "I'm putting you on restricted status, pending your possible removal from the Synodical roster." On the drive home from the conference, I spoke with my Circuit Counselor, and he told me the board of elders of the congregation I was serving at the time was going to ask for my resignation, and should I refuse, they'd force me out. Sure enough, that evening, the president of the congregation asked for my resignation upon the request of the elders. It was the worst day of my life--and I hope it always remains so.  It was the start of four-and-a-half years on CRM status, which is as close to purgatory as I imagine anyone can get.

I know I don't really talk about congregational matters very much on here, and that's a deliberate thing. But this morning I will make an exception. One of my elders and his wife stopped by to pick up something for an event we're having later this month. They were only here for about ten minutes, but while they were gathering what they needed, we had a lovely conversation, and we all went on our way with smiles on our faces.

What a difference five years makes! How blessed I am, and how blessed my family is, that we are in this place with these fine people. God is, indeed, good--just as He was five years ago, though I found it harder to see at times back then.  What a good and gracious God we have, who uses everything for good. 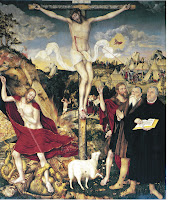 Lest y'all think I've gotten all stodgy and big-in-the-head since I started writing hymns, I'll post this to remind you of my humble roots as a parodist. Hat tip to Mark Buetow for the idea.


Hosanna (A Praise Song to the tune of "Rosanna" by Toto)

(bridge) Not quiet three years, then You went away. Hosanna, yeah.
Now You rose, and I have to say . . .

2. Let me see Your face, now, shining like Transfiguration's mountainside. Hosanna! Hosanna!
Never knew disappointing You could ever hurt so bad.

I was in a little bit of a funk this week about my hymn writing skills.  Then this morning I woke up, and this idea that had been percolating for about four months decided it needed to get itself out of my head and into my notebook.  No more funk.  No more comparing myself to those who have gone before.  No more worrying about how it will be received.  Just how writing is supposed to be.
The Last Sunday of the Church Year and the First Sunday in Advent are coming up, and in one lectionary or another, the reading for either is the triumphant entry into Jerusalem.  This hymn deals with that subject matter, utilizing the harmony of the Gospel accounts of the entry as well as the Introit for the Last Sunday of the Church Year.

2. How bless-ed is the One who came
In the Lord's most holy name.
The prophet's words have all come true:
Behold your King now comes to you.
Hail!  Hosanna!

3. In glory You shall come again.
Yours shall be an endless reign.
Forsake us not, O gracious Lord.
Proclaim salvation through Your Word.
Hail!  Hosanna!

4. Until that great and glorious day,
Keep us in the narrow way.
Stir up your power, Lord, and come,
And bear us to our heav'nly home.
Hail!  Hosanna!

5. All saints and angels, martyr throng:
Raise th'eternal triumph song.
Praise God the Father and the Son
And Holy Spirit, three in one.
Hail!  Hosanna!