Sermon for 10/4/20: Seventeenth Sunday After Trinity 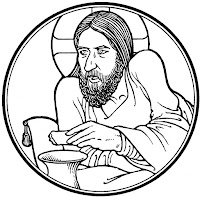 CLICK HERE to view the sermon video. My apologies for the blurriness. It’s hard to tell on the small screen on the video camera.


Grace to you and peace from God our Father, and from our Lord and Savior Jesus Christ. Amen.


I have already said that this is not a lesson in manners. So what does this mean? How do we take the lowest place at the Lord's Table? This is a meal for sinners, and we are each one invited to take the seat of lowest honor by crying out to God and confessing that we are the chief of sinners. Examine yourself according to the Ten Commandments, and you will find that you are full of death and sin. Confess your sin to Him. Hold nothing back. Every indiscretion you think you have kept hidden behind the closed door of your room or in the silence of your heart, lay it bare before Him. Beat your breast and say, “Lord, have mercy on me, a sinner!” Approach the Lord's Table in humility and with the shame that ought to accompany someone as dirty and disgusting as you know you are. Take the lowest seat, the seat of dishonor. You know it is yours. You know you belong there—if, indeed, you belong at the Table at all.


It is then that the Host of the feast, the Lord Himself, comes to you and calls you “Friend.” That one word alone is worth the price of admission. The Lord of Heaven, the righteous King of kings, calls you, a poor sinner, His own friend. “Friend,” He says, “move up higher.” That's what is happening in this Feast of the Holy Sacrament. The Lord Jesus Christ calls you His “friend” and showers ever-increasing honor on you. While any seat at this Table is an honor and a gift of grace, He lifts you from the lowest seat, the place of dishonor and sin, the place of those who show up late or who have tried to honor themselves and have been humbled. He invites you to sit in a higher place. He takes your hand and starts leading you up along the length of the banqueting Table, your honor increasing with every seat He passes. Still He leads on. Angels look on in wonder. Any minute the Host will decide that this seat is high enough for you, but He just keeps leading you closer and closer to the head of the Table. Finally, there are no seats left, except one. It is His seat, the seat of greatest honor at the Father's right hand. “I want you to have My place,” says your Savior. “I have won it for you.” Once again He fulfills His mother’s words: “He has cast down the mighty from their thrones and has exalted the lowly.”


Jesus earned this privilege for you by fulfilling His own words. He put Himself in the lowest place in order to save you. He who is the Almighty Son of God, having taken on your humanity, was born in a lowly manger, lived as a poor and humble carpenter, had no home of His own during His ministry and no place to lay His head. He finally died the way the worst of criminals died: by being executed on a cross. Christ didn't claim glory and honor for Himself; He laid aside His majesty as King of creation to be crowned with thorns and to be made the Lowest of the low. All this He did for you. He received the punishment you deserved so that you would be released from your sin and set free. In Christ, the humble Redeemer, you now are forgiven. Jesus has fulfilled these words for you: “He who humbles Himself will be exalted.” In Christ, you are always welcome at this Table; you are His honored guest. In the name of the Father and of the Son (+) and of the Holy Spirit. Amen.