Pastoral Theology . . . or something else? 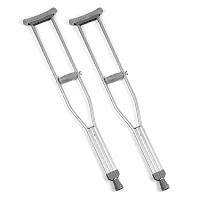 I charge you therefore before God and the Lord Jesus Christ, who will judge the living and the dead at His appearing and His kingdom: Preach the word! Be ready in season and out of season. Convince, rebuke, exhort, with all longsuffering and teaching. For the time will come when they will not endure sound doctrine, but according to their own desires, because they have itching ears, they will heap up for themselves teachers; and they will turn their ears away from the truth, and be turned aside to fables. But you be watchful in all things, endure afflictions, do the work of an evangelist, fulfill your ministry. -- II Timothy 4:1-5


During my four-plus years in pastoral exile, I did a lot of reading in, among other things, pastoral theology. Hoping beyond hope that I would receive a Call to again serve a congregation, I wanted to do something that would help me continue to grow as a pastor. I re-read the pastoral theologies of John H. C. Fritz and Mueller/Kraus, the abridged translation of Walther's pastoral theology, "The Practice of Pastoral Theology" by Dr. James Bollhagen (formerly of Concordia Theological Seminary in Fort Wayne, Indiana), the Schuetze/Habeck volume The Shepherd Under Christ (which was a required text when I took Pastoral Ministry at Concordia Lutheran Theological Seminary in St. Catharines, Ontario), and even the Pastoral Ministry notes from my seminary days under Pastor Prusha.

One of the things that caught my attention in my reading--and in my interaction with synodical officials--was that so much of what qualifies as pastoral theology goes beyond what Scripture lists as qualifications and duties for men who aspire to the "noble task" of which the Apostle Paul speaks in I Timothy 3. In that sense, pastoral theology has become "pastoral common sense" or even, in some cases, "pastoral opinions" Let me share a couple of examples--though by no means an exhaustive list.

The first example comes out of personal interaction with a district president (now a former district president, a good thing for the sake of the Church) during my exile. He had encouraged me to see a pastoral counselor--or to be more accurate, he required me to see a specific team of ELCA pastoral counselors as a condition of my possible return to parish ministry. The counselors requested the district president's evaluation of my suitability for parish ministry. I could include almost his entire list of concerns as examples of the subjectivity of which I write. But the one that stood out most was when he wrote, "By nature [Rev. Kornacki] is a shy person and somewhat of an introvert. He will not always initiate conversations with members, he does not exert strong leadership, and in behavior he is somewhat passive and follows the line of least resistance." Whether or not he was accurate in his assessment--though how he'd know either way when he never took the time to get to know me or to answer any of the correspondence sent to him or return the phone calls made to him is a mystery--nowhere in Scripture does it list in the qualifications for the Office of the Holy Ministry that a pastor must be naturally outgoing. In fact, the examples of men whom God chose who weren't naturally outgoing in Scripture is not one to be sneezed at--not the least of which was Moses. Anyway, yes, a pastor must be able to interact with his people. Of course he must. But to insist that a pastor constantly seek out and initiate contact, to take the path of most resistance, to constantly lead from the front (especially as an associate pastor under a senior pastor)--that is . . . unrealistic, at best. To question a man's fitness for the Office of the Holy Ministry because he is more skilled with interaction between individuals and small groups than with large crowds is troublesome . . . and quite possibly sinful.

The second example has to do with the question of whether or not a preacher should use a manuscript while preaching. An online acquaintance of mine recently posted a translation of a snippet from Prof. Fr. Streckfuß in a document titled "The Preparation of the Sermon". He writes:

In our Lutheran Church it was always the principle that the preacher must preach freely, that is, that he should not read. Our Lutheran hearers do not like reading. It is a well known fact that there was once a preacher who read every Sunday, came to one of his hearers, who just read the prophet Isaiah. The preacher asked the man: "What do you make of it?" The man gave his answer: "I prophecy." The preacher said "My dear man, you want to say: 'I read prophecies.' " "Well", replied the hearer, "If you say on Sunday that you preach, when you read, then I can surely say, when I read prophecies, that I prophecy." The preacher took that to heart and from that moment on never again read, but preached. How much our people are taken against reading the sermon, I myself once experienced in a professional manner. A congregation that I served as a vacancy pastor finally appointed a pastor after several failed attempts who was recommended very warmly by the district president. I did not know the pastor personally, but what I had heard of him already also moved me to stand by him as the right man. I mailed the call document and cover letter to him. After about a week I received a letter from the pastor in which he told me that he had the letter; but at the same time he wrote that he, before he would accept the call, the congregation was to reveal something; as an honest man he felt in his conscience obliged. And what was that? He wrote that he could not preach free. Indeed he could speak freely at the altar, but no sermon in the pulpit; he had to read the sermon. He had tried it more often without a manuscript at the ready in the pulpit, but he was stuck almost every time. I should now say this to the congregation. If the congregation would now take him, he was gladly willing to come; but if not, then he would return the call. When I told this to the congregation, they decided unanimously to ask the pastor to return the call because they did not want a "meter reader". It was better to stay vacant one year longer that have a pastor that did not preach free. I reported this to the pastor and he sent the call back.

On a related note, another online acquaintance writing in response related the fact that his homiletics professor, a former district president, kept a set of crutches on his wall for students who required a manuscript to preach. Fritz in his pastoral theology assumes that the pastor memorizes his sermon (p.99), so he never mentions the alternative.

I'm of the opinion that a man who can preach without a manuscript--and I mean, really preach, not just recite a sermon from memory--is truly the recipient of a double blessing from God. My first fieldwork supervisor in seminary could preach for 25 minutes without a manuscript, and he was a compelling Lutheran preacher. The Lord did not bless me in this way. He did, however, bless me with the ability to write the way I speak: in a generally clear, easy to understand manner. Nevertheless, when I get too far from my manuscript, I lose my train of thought. Does it make me a less-skilled preacher? Possibly? Is the use of a manuscript less than ideal? I'll cede the point. Should it be a reason for a congregation to avoid calling a certain pastor? That's up to the calling congregation, of course, though I'd have to wonder what other expectations they'd have of the man they'd eventually Call. Should a man aspiring to the pastoral office be belittled--treated as a pastoral cripple--by a homiletics professor, a mentor, other pastors, because he uses a manuscript? By no means.

Why do we bind the consciences of men who aspire to the preaching office with requirements beyond what Scripture demands? It is an already weighty load. Why do we call into question the ability of the Holy Spirit to adequately equip the men Called to be prophets of the Most High? The Lord of the harvest sends men into the field with a variety of gifts. These various gifts allow them to do a myriad of things, all of them in service to the Kingdom.

Those men whom the Lord calls, He equips as He chooses. Let the Spirit do His work unquestioned and unhindered; and let the men He has called serve as He has equipped them, whatever those tools may be.

[Note: The first ever pastoral theology written by a pastor for a pastor or seminary student is Paul's first letter to Timothy. Chapters 3 and 4 are an excellent introduction to pastoral theology. And of course, Jesus, the Pastor and Shepherd under whom all pastors serve, spoke pastoral theology throughout His earthly ministry.]