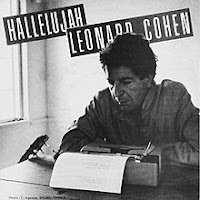 It’s everywhere. You can’t get away from it. Every artist covers it. Ever occasion merits a rewrite of it.

The “it” of which I speak is Leonard Cohen’s “Hallelujah.” It’s been covered over 300 times. It’s been rewritten for everything from weddings to school cancellations. When I discovered that last this evening, it pushed me over the edge. In about 20 minutes I put together my own rewrite. Enjoy.