Sermon for 3/4/2020: Sermon for Midweek of Lent I (UnChristian World Series) 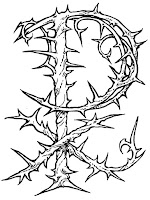 
Christianity in an UnChristian World: Holiness
I Peter 1

Who are you? Some people answer that question with their name. For example, I’m Alan Kornacki, Jr. That tells you I’m named after my father. It tells you that I’m of Polish or Slavic descent. Other people will answer with their occupation or their educational status. Again using myself as an example, I’m a pastor. I have a Master’s Degree, which I earned from Concordia Lutheran Theological Seminary in St. Catharines, Ontario. That tells some people a great deal about me, and they can guess other things. Still others might answer that they’re a work in progress; they don’t really know who they are. And for some, the answer changes. One such example lately is the trend of claiming a gender other than the one your DNA determines, and even having surgery in an attempt to change that reality.
In his first letter, St. Peter starts out by giving quite a different answer. He starts out by saying that your identity is of one who is born again, “begotten again to a living hope.” That identity is above all others: you are a baptized child of God. We hold Baptism in high regard, so Peter’s words may not sound surprising. But to those Peter was writing to—first century Christians under persecution, scattered throughout the known world, with an uncertain future—this was critical. A Christian does not define himself, and the world does not define what it means to be a Christian. This is our Lord’s job. And His definition and identity is a reality far greater than your name, your nationality, your work, or any other way you think of yourself. Who are you? You are baptized. You are a child of your Father who art in heaven.
And that means a number of things. First, Peter says, it means that, even if you are homeless here on earth, you have a home: “an inheritance incorruptible and undefiled and that does not fade away, reserved in heaven for you.” Jesus told His disciples just before His crucifixion, “I will not leave you orphans.” Those who are born again as children of God are cared for by their Father, through Jesus Christ, and in the power of the Holy Spirit. You are not on your own. God does not leave nor forsake His children.
Part of that care, however, is trial or testing. Precious metals are put into the fire to burn off their impurities, to make them even more pure and valuable. You are more precious than anything in this world, the crown of God’s creation. You will be proved in the same way—not as punishment, but in love, to loose your hold on the things of this world, that you would cling to God alone. He does this so that, when He comes again, you will not be holding on to your false gods and idols. Instead you will rejoice in Him and, as Peter says, receive “the end of your faith, the salvation of your souls.” This is why God gives you this identity: so that you will not be defined as the world identifies you, nor will you be defined by the Old Adam that still clings to you. Instead, you will live a life of holiness.
When we think of holiness, we usually think of a sinless life or perfection. And certainly we should be like that. But as you know, you cannot—not on your own, at least. Peter knew that well. It was Peter who told Jesus not to go to the cross. It was Peter who denied his Lord after he claimed he would be the faithful disciple. Peter knew that, if you are sinless, it is only because your sins have been washed away in the flood of Christ’s blood and forgiveness. If you are perfect, it is only because His perfection has been given to you. To be holy means to be set apart. In Baptism you have been united to Him in His death and resurrection. You have been set apart from sin and death. You have been set apart from the world by being called into the church. You have been set apart from your former ignorance by the enlightening of the Holy Spirit.
Even in times of persecution or trouble, this reality does not change. This is the reality that will carry you through all trials and temptations—even through death itself—to life forever with God. The things of this world are passing away. “All flesh is as grass,” Peter says, “but the word of the Lord endures forever.” His Word of grace, His Word of forgiveness, His Word which is living and working in you—this Word will never fail. If you know who you are in Christ, then nothing the world claims about you matters; nothing the world does to you matters. You, your future, and your eternal home are safe in Christ. As Luther writes, “And take they our life, goods, fame, child, and wife, though these all be gone, our victory has been won; the kingdom our remaineth.”
That doesn’t make it easy. Satan is going to hound you every step of the way. That’s why Peter is writing to his dear Christian flock that has been driven out and scattered. He wants them to know that there is a greater reality than what is seen and felt. Yes, you are Christians living in an unchristian world, but you live in Christ through Baptism, and Christ lives in you. No matter what this world brings upon you, you have confidence and hope. You are children of God, holy and precious to Him. Do not be afraid to live in that truth, that reality. “Be holy,” just as Christ is holy for you. In the name of the Father and of the Son (+) and of the Holy Spirit. Amen.
The peace of God which passes all understanding will keep your hearts and minds in Christ Jesus always. Amen.