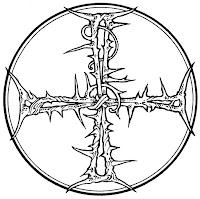 CLICK HERE to see the video of the service.

RIGHT-CLICK HERE to save the service bulletin.


Christianity in an UnChristian World: Glory
I Peter 5

As he addressed these Christians living in an unChristian world, Peter directs the attention of his scattered flock to the glory Christ promised. This is important. After all, it is quite easy in the midst of trials and suffering to focus only on the struggle; to be unable look beyond the problems. When there seems to be no end in sight, when you do not even know how you’re going to make it to tomorrow, it is easy to wallow in self-pity and resignation and think about nothing else.
Peter knew it. He was, as he says, “a witness of the sufferings of Christ.” He saw Jesus arrested while Peter was still wiping the sleep from his eyes. He saw Jesus on trial while Peter was busy denying Him. And then he saw Jesus hung on the cross; He saw Jesus dead, and he was too scared to help take down his Friend and bury him. He knew the terror of hiding behind locked doors with his friends and thinking he was next. He knew what it was like to be arrested and abused for following Jesus. If anyone knew what those scattered Christians were going through, it was Peter.
Though they are suffering now, he reassures them. “When the chief Shepherd appears, you will receive the unfading crown of glory.” Of course, Peter is talking about the Last Day when Jesus comes again in glory. But there’s another layer that can help us now. Think about Peter on that Easter night. He had witnessed the sufferings of Christ and was living with his own cowardice and guilt. And then the chief Shepherd appeared. Locked doors couldn’t stop Him. He gave His disciples peace, not fear; forgiveness, not punishment; hope, not despair; joy, not sorrow. Everything Peter needed, Jesus provided, for the chief Shepherd is alive and caring for His flock.
He continues to care for His flock today. He does that now, after His ascension, through His elders, the biblical word for pastors. Peter wants those pastors, those undershepherds, to do what Jesus, the chief Shepherd, had done for him. He wants pastors to give them the Word of peace, forgiveness, hope, and joy. He wants pastors to preach to the flock that the victory has already been won, that there will be an end to the suffering, to sin, to the scattering. When the chief Shepherd appears, it will be the same for the flock just as it was for Peter that night. So Peter tells the pastors, “As a fellow elder...shepherd the flock of God that is among you.” Wherever the flock is, whatever form the ministry takes, be there as Christ for them so that they will not be alone.
Peter then adds this admonition: “Clothe yourselves, all of you, with humility.” Though Peter may be speaking to the pastors, it applies to all of us. Pride is the great enemy of faith. Pride has two dangers: thinking too much of self and too little of others, and trusting too much to your own abilities and strength. Those are the enemies of faith because faith always looks outward; faith always looks to God in faith and to others in love. “God opposes the proud but gives grace to the humble.” God humbles the proud so that we will instead turn to Him in repentance. God humbles us so that we trust only Him and His strength and forgiveness.
But while God opposes the proud, He gives grace to the humble. Peter urges his flock, “Humble yourselves, therefore, under the mighty hand of God so that at the proper time he may exalt you.” His hand, not yours, is mighty. He, not you, will lift up. Humble yourself under Him in faith and trust. “Cast all your anxieties on Him because He cares for you.” He truly does care for you. Do you need more proof than the cross? He cares for you. The devil certainly doesn’t; He is looking to divide and devour you. The world does not care for you; it is often the cause of your suffering and anxiety. But your God and chief Shepherd does care for you. And at the proper time, “He Himself will restore, confirm, strengthen, and establish you,” because He “has called you to His eternal glory in Christ.” He has called you by the Gospel, baptized you into His flock, and has promised you eternal glory. Locked doors could not stop Jesus from appearing to Peter and his frightened friends; and no grave will stop Him. What He has promised, He will do. For “to Him belongs all dominion”—all power and authority and rule and strength—“forever and ever. Amen.”
A letter which began with the certainty of baptism now ends with its fulfillment. It is a letter of encouragement, for it will never be easy to live as Christians in an unchristian world, especially as that world becomes increasingly anti-Christian and opposed to the truth. Satan is an equal opportunity attacker. The world around you will always hate you as much as it hates your Lord. Your own sinful flesh will constantly battle against the new man in you. But in the midst of all that is Christ, who has planted His cross into the earth like a battle flag and has claimed the victory. That victory is given to you and all the faithful through the Word preached, through the Word in the water of baptism, through the Word in your mouth in bread and wine. This glorious victory is now hidden in these ordinary means, but the Day is coming—coming soon—in the return of our Lord Jesus Christ. “Even so, Lord Jesus, come quickly.” In the name of the Father and of the Son (+) and of the Holy Spirit. Amen.