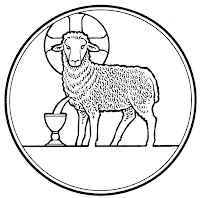 The priests asked John the Baptist, “Who are you?” It’s an important question to ask a preacher. When a preacher means to share a message with you, it’s important to know his credentials. It’s not good to listen to one who is trying to lead you away from the Word of God, so it’s important to know if the preacher is going to proclaim the truth. So when the priests ask John to identify himself, he says, “I am not the Christ.” He also denied being Elijah and Moses. John says that he’s not even worthy to untie the sandals of the Promised One. The people were waiting for the Messiah, so of course they would see such a powerful preacher and believe Him to be the fulfillment of the promise. John’s accuracy and humility in pointing to Jesus instead of himself said that he had a message his hearers could believe.

It’s also important for you to know the answer to that question for yourself. What is your confession of yourself? Who do you say you are? Are you as honest, even in the silence of your own heart, as John was before his inquisitors? Listen to these words again. “O almighty God, merciful Father, I, a poor, miserable sinner, confess unto You all my sins and iniquities with which I have ever offended You and justly deserved Your temporal and eternal punishment. But I am heartily sorry for them and sincerely repent of them, and I pray You of Your boundless mercy and for the sake of the holy, innocent, bitter sufferings and death of Your beloved Son, Jesus Christ, to be gracious and merciful to me, a poor, sinful being.” Are these merely words you say to get them out of the way? Or is this your humble and accurate confession of who you are before God?

Thank God, for John points out that there is One standing among us, One who came before John the Baptist and before us. And while that One stood among the Levites and priests without them knowing, the Holy Spirit has pointed that One out to us in Holy Baptism. That One is Jesus, God’s beloved Son. Even in his mother’s womb, John leaped to be in the presence of God in flesh who was in Mary’s womb. God’s beloved Son, with whom the Father is well pleased, is among us today. The One called the “Prince of peace,” “Son of God, and “Son of Man” is here.

Since that is who Jesus is, that changes who you are. You are what God calls you: His beloved children, heirs of God and joint-heirs with Christ Jesus. You are brothers and sisters of the Prince of peace, sons and daughters of the king, because that is who you have been declared to be by God: Father, Son and Holy Spirit. You are redeemed, forgiven, set free! You are marked as one who has been redeemed by Christ the crucified. In the name of the Father and of the Son (†) and of the Holy Spirit. Amen.