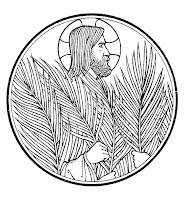 The Death of Death

Death was losing its grip on humanity. Jesus hadn’t even risen yet Himself, but St. Matthew tells us that “the graves were opened; and many bodies of the saints who had fallen asleep were raised; and coming out of the graves after His resurrection, they went into the holy city and appeared to many.” That raises all sorts of questions. Why did they wait in their tombs Friday and Saturday to enter Jerusalem on Sunday? Did Jesus tell them to leave their tombs only when He exited His own grave? And how long did they live after this miraculous event? We might speculate about the answers to these questions and others; Scripture leaves them unanswered. But we can say this for certain: the resurrection of these saints reveals that Christ had conquered death, and His resurrection would result in the resurrection of all the saints.

Christ foreshadowed His own resurrection by raising three other individuals before His death. He raised the daughter of Jairus. He raised the young man from Nain. And, just before He came to Jerusalem, He raised Lazarus. By these resurrections, Jesus not only showed that He had power over life and death, but also that He had come to destroy the power of death. In the same way, these raised saints in Matthew 27 showed that Death was losing its grip. Death was trying to hold all mankind in its icy grasp. Up until Christ came, Death was doing well in keeping us all under its power. But then Death tried to hold one more Man, the One from Nazareth. Death seemed to win. The Man breathed His last on the cross. All was good, so far as Death was concerned.

But the Son of God was too much for Death to contain. The Lord of life could not be seized by Death’s cold hand. Instead, Death was mortally wounded. Christ had become the death of Death. Like a juggler who tried to control one ball too many, Death began to lose some of the people it had held. Bodies started rising. Saints began walking out of tombs. Death was losing its grip.

Even now, with one foot in its own grave, Death tries to hold on. Even now, it appears that Death rules the day, and we cower in fear of its cold hands. Our loved ones still suffer; Cancer, Alzheimer’s and dementia, influenza, Covid, depression, anxiety, murder—people keep suffering and dying, which is business as usual as far as Death is concerned. But that is only the appearance. Death cannot hold on for much longer. A day is coming soon when Death will be thrown into the lake of fire. Life will rule supreme and Death will be gone forever. “And God will wipe away every tear from their eyes; there shall be no more death, nor sorrow, nor crying. There shall be no more pain, for the former things have passed away.”

This is because the Son of God died on Calvary. This is because He let His enemies crucify Him. He fulfilled all Scripture. They divided up His clothes and cast lots for them. He was mocked, even by the robbers crucified next to Him. So that you could live forever, He endured the darkness when the Father forsook Him. He yielded up His spirit, so that your spirit will be forever joined to your body in unending life at the Resurrection.

That is what the resurrected saints on Good Friday teach us most of all. Christ has earned Resurrection for all His saints at the Cross. He has even paid the price for us, the faltering, stammering saints of this late century. We shall be raised, because by His death, our Lord Jesus Christ has conquered Death. In the name of the Father and of the Son (+) and of the Holy Spirit. Amen.

The peace which passes all understanding will keep your hearts and minds in Christ Jesus always. Amen.